„For the first time ever, and for a brief moment in time, two knowledgeable and highly credentialed public figures have commented on the fact that psychiatric medications cause violence and must be considered suspect in the case of the Newtown shooter. But then, as if it never happened, and as if psychiatric drugs could not possibly be implicated in violence, the issue was dropped by the media… The most striking commentary came from Sanjay Gupta, neurosurgeon and famous chief medical correspondent [on December 18, 2012] on CNN [2]… On Sunday December 16, 2012 on the Fox News Channel, former Secretary of Homeland Security Tom Ridge was interviewed by Shannon Bream [3]… In discussing flawed efforts to intervene in the lives of potentially violent youth, Ridge observed: ‚Or we put them on severe medications. One of the students in the Columbine shooting was on severe medication and apparently there’s analysis that it probably even contributed to his destructive aggressive behavior.‘ Combined with Sanjay Gupta’s remarks [on CNN] [4], these observations by former Secretary of Homeland Defense Tom Ridge should elevate psychiatric drug-induced violence to a new level in public discourse.“
Peter R. Breggin, renommierter US-Psychiater, „Sanjay Gupta and Tom Ridge warn about psychiatric drugs in mass murders“ [5], NaturalNews.com, 14. Januar 2013

„But where, I’d like to ask my colleagues in the media, is the reporting about the psychiatric medications the perpetrator [= Newtown school shooter Adam Lanza] – who had been under treatment for mental-health problems – may have been taking? After all, Mark and Louise Tambascio, family friends of the shooter [Lanza] and his mother, were interviewed on CBS’ 60 Minutes [6], during which Louise Tambascio told correspondent Scott Pelley: ‚I know he was on medication and everything…‘ And here [7], Tambascio tells ABC News, ‚I knew he was on medication, but that’s all I know…
Some critics suggest these official omissions are motivated by a desire to protect the drug companies from ruinous product liability claims.  Indeed, pharmaceutical manufacturers are nervous about lawsuits over the ‚rare adverse effects‘ of their mood-altering medications. To avoid costly settlements and public relations catastrophes – such as when GlaxoSmithKline was ordered to pay $6.4 million to the family of 60-year-old Donald Schnell who murdered his wife, daughter and granddaughter in a fit of rage shortly after starting on Paxil – drug companies’ legal teams have quietly and skillfully settled hundreds of cases out-of-court, shelling out hundreds of millions of dollars to plaintiffs. Pharmaceutical giant Eli Lilly fought scores of legal claims against Prozac in this way, settling for cash before the complaint could go to court while stipulating that the settlement remain secret – and then claiming it had never lost a Prozac lawsuit.'“
David Kupelian, „The giant, gaping hole in Sandy Hook reporting“ [8], www.wnd.com, 6. Jan. 2013

„There are indications that Adam Lanza[, the alleged schooter,] was at some time psychiatrically diagnosed and taking psychiatric medications… Given his affluent family, he was almost certainly taken to psychiatrists.“
Peter R. Breggin, renommierter US-Psychiater, „Psychiatry Has No Answer to Gun Massacres „ [9], 22. Dez. 2012

„White males have no monopoly on mass killings; relative to population, African Americans are overrepresented among the perpetrators of crimes involving the death of four or more people… But white men carried out or were accused of many of the most notorious episodes of random PUBLIC killings in recent decades… Of 62 mass shootings in public places during the past 30 years, 44 were done by WHITE males, according to a tally by Mother Jones magazine [10].“
Washington Post, „Adam Lanza, and others who committed mass shootings, were white males“ [11], Dez. 2012

„San Francisco Bay Area based nationally syndicated radio talk show host Michael Savage says that he believes that Connecticut school shooter Adam Lanza was on antidepressant medication when he opened fire Friday at the Sandy Hook School in Newtown, Conn. Savage told listeners Friday evening that guns should be banned from those who are on antidepressant drugs. Savage has Ph.D. from the University of California, Berkeley in epidemiology and nutrition sciences. The best-selling author of a number of books on politics and nutrition said that antidepressant medications were at the root of a number of the mass shootings and the host added that antidepressants and Ritalin are over-prescribed to children.“
examiner.com, „Michael Savage says Conn. school shooter Adam Lanza was on antidepressants“ [12], 15. Dez. 2012

[Adam Lanza, the alleged schooter, was] a really rambunctious kid, as one former neighbor in Newtown, Conn., recalled him, adding that he was on medication.“
Washington Post, „Suspect Adam Lanza was obscure in life, now is infamous in death [13]„, 14. Dez. 2012

„These very drugs [= SSRIs bzw. Antidepressiva] we hope can treat mental illness are at the same time drugs that cause violent behavior including suicide and aggression toward others. In fact, SSRI’s are the leading drugs in a recent list compiled of the Top Ten Drugs that cause violent behavior.“
Psychology Today, „Newtown Shootings: A Caution About Violence and SSRIs [= Antidepressiva]“ [14], 20. Dez. 2012

„Gun control? We need medication control! According to ABC News, Adam Lanza, the alleged shooter, has been labeled as having ‚mental illness‘ and a ‚personality disorder‘. These are precisely the words typically heard in a person who is being ‘treated’ with mind-altering psychiatric drugs. One of the most common side effects of psychiatric drugs is violent outbursts and thoughts of suicide.“
Mike Admas am 16. Dez. 2012 auf NaturalNews.com [15] über den Amoklauf in Newtown mit 27 Toten, die meisten davon Kinder

„A Winnipeg judge’s ruling [in 2011] that a teenage boy murdered his friend because of the effects of [the anti-depressant] Prozac will not be appealed… Justice Robert Heinrichs concluded the 15-year-old boy was under the influence of the medication when he thrust a nine-inch kitchen knife into the chest of Seth Ottenbreit, a close friend… The killer pleaded guilty to second-degree murder… Both the boy’s lawyer and the psychiatrist who testified on his behalf say it is the first time a criminal-court judge in North America has made such a finding.“
Tom Blackwell, „‚Prozac defence‘ stands in Manitoba teen’s murder case“ [16], National Post, 7. Dez. 2011

„Ann Blake-Tracy, author and Executive Director of International Coalition for Drug Awareness, says, ‚After spending 20 plus years working to wake up the world to the most extreme dangers of antidepressants this last shooting makes me angry at a society that continues to allow prescription medications on the market that have listed side effects of both homicidal & suicidal ideation in their warnings. WHY is that acceptable when we have documented involvement of antidepressants in 67 cases of school shootings in our database of cases at www.ssristories.com [17]? Although these drugs are most similar in action to PCP (Angel Dust) they continue to be widely prescribed and are the most commonly prescribed drugs for Aspergers which this shooter was diagnosed with.'“
The Guardian Express, „Is Mental Health Care to Blame for School Shootings?“, 19. Dez. 2012

„In 2002, Fox National News reported Douglas Kennedy exposed the link between psychiatric drugs and school shootings. In September 2005, following confirmation that Red Lake Indian Reservation school shooter, Jeff Weise, was under the influence of the antidepressant Prozac, the National Foundation of Women Legislators, together with American Indian tribal leaders, called for a Congressional investigation into the correlation between psychiatric drug use and school massacres. Congress has yet to investigate the role of psychiatric drugs relating to school shootings despite international drug regulators warning these drugs can cause mania, psychosis, hallucinations, suicide and homicidal ideation.“
Fox News, 21. April 2007 [18]

„A 2010 study from the Institute for Safe Medication Practices published in the journal PloS One [19] and based on data from the FDA’s Adverse Event Reporting System has identified 31 drugs that are disproportionately linked with reports of violent behavior towards others [among them 11 antidepressants, 6 sedative/hypnotics and 3 drugs for attention deficit hyperactivity disorder].“
TIME, „Top 10 Legal Drugs Linked to Violence“ [20], 7. Jan 2011

„The medicating of Americans for mental illnesses continued to grow over the past decade, with one in five adults now taking at least one psychiatric drug such as antidepressants, antipsychotics and anti-anxiety medications, according to an analysis of pharmacy-claims data. Among the most striking findings was a big increase in the use of powerful antipsychotic drugs across all ages, as well as growth in adult use of drugs for attention-deficit hyperactivity disorder (ADHD) a condition typically diagnosed in childhood. Use of ADHD drugs such as Concerta and Vyvanse tripled among those aged 20 to 44 between 2001 and 2010, and it doubled over that time among women in the 45-to-65 group, according to the report.“
Wall Street Journal, „Psychiatric Drug Use Spreads“ [21], 16. Nov. 2011 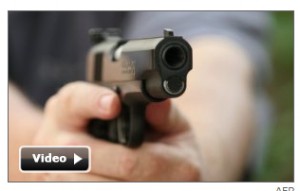 „In mass shootings involving guns and mind-altering medications, politicians immediately seek to blame guns but never the medication. Nearly every mass shooting that has taken place in America over the last two decades has a link to psychiatric medication, and it appears today’s tragic event is headed in the same direction. 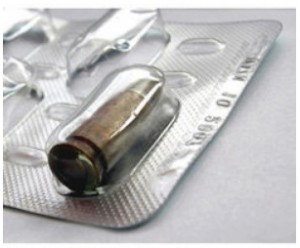 … macht die Menschenrechtsorganisation The Citizens Commission on Human Rights International (CCHR) auf folgendes aufmerksam: „Despite 22 international drug regulatory warnings on psychiatric drugs citing effects of mania, hostility, violence and even homicidal ideation, and dozens of high profile shootings/killings tied to psychiatric drug use, there has yet to be a federal investigation on the link between psychiatric drugs and acts of senseless violence.“

According to ABC News [25], Adam Lanza, the alleged shooter, has been labeled as having ‚mental illness‘ and a ‚personality disorder.‘ These are precisely the words typically heard in a person who is being ‚treated‘ with mind-altering psychiatric drugs.

One of the most common side effects of psychiatric drugs is violent outbursts and thoughts of suicide.

Note: The shooter was originally mid-identified as Ryan Lanza but has now been corrected to Adam Lanza.

The Columbine High School shooters were, of course, on psychiatric drugs at the time they shot their classmates in 1999. Suicidal tendencies and violent, destructive thoughts are some of the admitted behavioral side effects of mind-altering prescription medications.

No gun can, by itself, shoot anyone. It must be triggered by a person who makes a decision to use it. And while people like NY Mayor Bloomberg are predictably trying to exploit the deaths of these children to call for guns to be stripped from all law abiding citizens who have done nothing wrong whatsoever, nobody calls for medication control.

Why is that? After all, medication alters the mind that controls the finger that pulls the trigger. The saying that ‚guns kill people‘ is physically impossible. People kill other people, and as we all learned from watching the O.J. Simpson trial, you don’t need a gun to commit murder.

Do the math: medications are far more deadly than guns
Medications kill roughly 100,000 Americans each year according to study statistics [26]. The actual number is either 98,000 or 106,000 depending on which study you believe.

For guns to be as deadly as medications, you’d have to see a Newton-style massacre happening ten times a day, every day of the year. Only then would ‚gun violence‘ even match up to the number of deaths caused by doctor-prescribed, FDA-approved medications.

Why does America grieve for the children killed in Newton, but not for the medical victims killed by Big Pharma?“